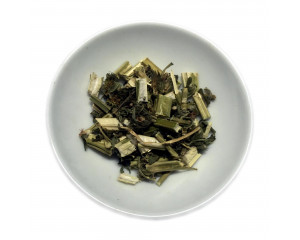 Leonurus sibiricus, also known as Siberian mother root or Marihuanilla, is a herbacious plant, native to Asia. This bush, capable of reaching 1-2 meters in height, has been used for millenia in traditional Asian folk medicine because of its relaxing properties.

It is said to help ease potency problems, menstrual pain and bruising. In South America and Mexico the herb was nicknamed 'Marihuanilla' (little marijuana).

Leonurus sibiricus is mostly used for its relaxing effects and its pleasant, mild flavor. South American users mostly smoke the plant. Asian users make a tea from it by leaving 1-3teaspoons to brew in hot water for several minutes.