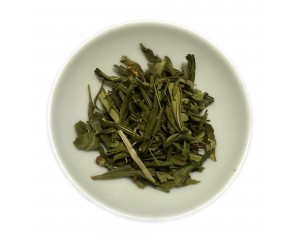 Heimia, also know as “Sinicuichi or “sun opener” is a medium-sized flowering shrub native to Central and South America, with the plant’s native range stretching from Mexico to Argentina.

The Aztecs are said to have used Sinicuichi during certain divinatory trance rituals. However, is still used today and held deeply sacred by Mexican shamans, who treasure it as a tool of divination. They believe that the powers are not merely biological or chemical, but rather supernatural. Sinicuichi would help them with their problems and would give them the ability to vividlly recall the events of the past, even events that occurred before their birth.

Sinicuichi gives an euphoric, but overall relaxing, feeling, alongside some pleasant soporific effects. Sinicuichi is also referred to as auditory hallucinogen: sounds can become distorted when travelling large distances. Studies have even suggested that it may produce some momentary improvements to memory.